Last News
الرئيسية / دسته‌بندی نشده / Shlomo Organization for documentation participated in the dialogue session at The Hague, confirmed that our Christians people subjected to the Genocide, and the Anti-Terrorism the Iraqi Law not achieving justice for Christians and Yazidis victims.

Shlomo Organization for documentation participated in the dialogue session at The Hague, confirmed that our Christians people subjected to the Genocide, and the Anti-Terrorism the Iraqi Law not achieving justice for Christians and Yazidis victims. 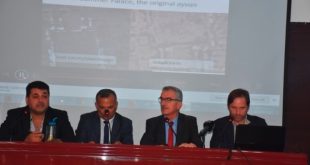 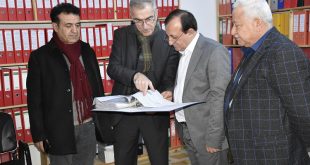 Shlomo Organization for documentation participated in the dialogue session at The Hague, confirmed that our Christians people subjected to the Genocide, and the Anti-Terrorism the Iraqi Law not achieving justice for Christians and Yazidis victims.

The Hague / the Netherlands

At the invitation of the Embassy of the United Kingdom / Britain in the Netherlands and in conjunction with the Iraqi Embassy, on 14 November 2018 Shlomo Organization participated in the dialogue session, Held for consideration on the works of the International team of UN for the accountability of Islamic state in Iraq, at the beginning both of British ambassador Mr.Petter Welson and the Iraqi Ambassador Hashim Al-Alawi give a welcomed speech to start the first morning session participated by Mr. Faik Zaidan, President of the Supreme Judicial Council and Ms. Yinen Henness, Special Representative of the Secretary-General of the United Nations in Iraq and Head of the United Nations Mission, Mr. Karim Khan, United Nations Special Adviser and Head of the UNITAD Accountability Inquiry Group, and Ms. Ahila Sornaraja, United Kingdom Representative to the United Nations United Nations Security Council resolution 2379

The second session dealt the role of the international community in achieving accountability for the crimes of Islamic state, the session began of the speech of Mr.Ali Younis the regional advisor of terrorism and crimes in united nations, and Mr.Thomas Aynich the former political advisor of the team of investigation on ISIS crimes. And Ms.Kathren Bomergher the general director of missing person (ICMP).and Judge Konil Mitataus a specialist in the Kosovo courts.

The evening session took place in talk about victims, civil society, collecting the evidence, awareness raising and the expectations of UNITANS, the speakers were all of Prince Anwar Ismalel Muawea, Mr. Kamel Zozo the representative of Shlomo organization for documentation, Ms.Nirma Gelasic the vice of CIJA director, and Mr.Richard Bierhaus the senior advisor of the environment crisis at Amnesty international. The session was moderated by Mr.Philip Dickson the legal advisor in the British embassy at Hague.

The President of the Iraqi Supreme Judicial Council referred to the wave of terrorist attacks on Iraq after 2003, which tried to destabilize the security of the country. The Iraqi people suffered large numbers of victims started from Al-Qaeda to the occupation of Mosul by the Islamic state, which turned the city of Mosul into a centre of gathering the terrorists of various nationalities and their families. Pointing out on the atrocitiy crimes committed by ISIS, Zidane added that the Iraqi judiciary was keen to be trials of defendants under the law of 4 Anti-terrorism within the constitutional guarantees that take into account the principles of human rights, including on the right of defenced and fair in judicial proceedings, as well as the adoption of the principle of (no penalty without law)

From his side Mr.Karim Khan said that the international team met with senior officials of the executive, legislative, and judicial authorities in the federal government, regional and local levels in Baghdad, Erbil, and Dohuk. He confirmed his direct contact with survivors, civil society organizations and members of the Christian, Shiite, Sunni, Turkmens, Shia, and Yazidi communities.

He confirmed that the United Nations and the international community are the wider active in this field, He said my task and objective is to ensure and guarantee investigations meet with the international standards, to identify ISIS members those are most responsible for the crimes. The aim is to guarantee justice and to fair in accountability processes.

He stressed that his team would work to protect the survivors, especially who they had courage to present their own testimonies, emphasizes that they are heroes and without their testifies will be the lack of accountability. He said that the international team would work in full respect for the sovereignty of Iraq and its jurisdiction over crimes committed on its territory the appointment of Iraqi investigating judges and other criminal experts to serve on the Panel as well as international experts. Mr. Khan will enhance accountability for acts of the atrocities committed by Daash and work with survivors in line with relevant national laws Full recognition of their interest in achieving accountability.

In the evening session, Kamel Zozo the representatives of Shlomo, spoke about the organization and its role in monitoring and documenting the violation against the Iraqi Christians (Chaldeans, Syriacs, Assyrians and Armenians) Shlomo believes that the Christians subject to the series of genocide since 2003. He talks in general about the terrorism operations in Iraq were directed against the minorities especially Christians and Yazidis subjected to the series intentional destruction on their cultural and religious identity. He pointed to his last visit to Iraq witnessed of braking and destroying the small crosses in courtyards of Armenians Churches. Zomaya stressed the law of Anti-Terrorism, although it is criminalized individuals of Daash but is inequitable to the rights of Christian’s victims who were subject to Genocide.

2018-12-04
Faris Jejjo
اشتراک
سابق Kamal Al Mashriqi the human rights expert presented his lecture about the international conventions at Shlomo
إضافي Shlomo Organization for documentation participated in the dialogue session at The Hague, confirmed that our Christians people subjected to the Genocide, and the Anti-Terrorism the Iraqi Law not achieving justice for Christians and Yazidis victims.